ACUPUNCTURE IS CONSIDERED A POTENTIALLY USEFUL TREATMENT FOR OSTEOARTHRITIS

DEGENERATIVE JOINT DISEASE(OSTEOARTHRITIS)
Degenerative joint disease, more commonly known as osteoarthritis is the commonest joint disease affecting an estimated 40 million Americans, 85% of whom are above the age of 70 years. The spine and large joints of the body (i.e. those that are most subject to weight-bearing) are principally involved, although small joints may also be affected.

Osteoarthritis (OA) is a joint disease 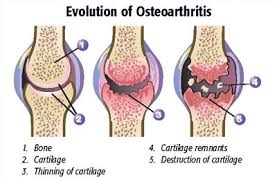 that causes pain in the hips, knees, neck, back, or hands. Being overweight, playing sports, and overusing joints in other ways can damage the joints and lead to OA. With time, the cushions on the ends of the bones in the joint get thin or wear off, and the bones can rub against each other. Click here to read more! 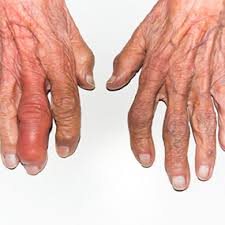 a systemic, chronic inflammatory disease that affects principally the joints and sometimes many other organs and tissues throughout the body as well. It produces symmetric arthritis, which affects principally the small joints of the hands and feet, ankles, knees, wrists, elbows, shoulders, temporomandibular joints, and sometimes the joints of the vertebral column (spine). The hip joints are seldom involved.

ACCORDING TO STATS CANADA

TRADITIONAL CHIINESE MEDICINE UNDERSTANDING OF ARTHRITIS
The various types of arthritis in TCM are understood as Blockages or Obstruction. This condition occurs when the circulation of Qi and Blood through the channels is hindered by Wind, Heat, Cold and/or Dampness. According to TCM there are 12 main channels which cover the entire body. The channels contain blood which we are familiar with in Western medicine and a substance called Qi. Qi is what provides energy or vitality to the body. Both Blood and Qi can be manipulated with acupuncture. 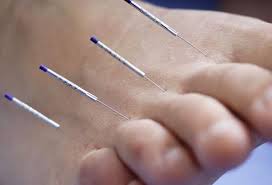 • Wind type blockage is joint pain that is characterized by widespread pain which moves from one area of the body to another. Just as wind moves through the trees, wind also moves in the body. This migrating pain may be brought on by exposure to wind. A classic picture of Wind type blockage is a person who is leaning to one side due to the spasms in his back.
• Dampness blockage is localized, fixed pain. The limbs may feel sore, heavy and/or numb. The pain may be worse on cloudy and rainy days because the weather can change bring about more stagnation of qi and blood. The common symptom with dampness is a person who can sense a change in the weather, before the weather actually changes.
• Cold blockage is severe and/or stabbing pain in one part or over half of the body. The pain feels worse in a cold condition and better with the application of warmth. The pain may be fixed meaning that it is in one specific area of the body. A person with cold blockage may using a heating pad to alleviate the discomfort.
• Heat blockage is usually sudden onset has a noticeable heat, redness and swelling in the affected area. The pain involves one or several joints and may be excruciating.

TCM TREATMENT OPTIONS AND LIFESTYLE SUGGESTIONS
It is important to do a thorough intake when a person comes in with pain and to include a systemic treatment. The type of Blockage will determine additional points to consider and must be added to create a stronger and more effective treatment. There are specific points, for instance, to treat Wind Blockage, such as GB 20, BL 17 and SP 10. There are two different ways to treat Heat, either by clearing the heat directly with points like LI 11 or indirectly through nourishing the Yin, using points such as Kd 6 and Ht 7. 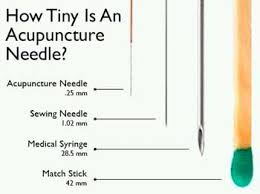 Cold Blockage is remedied by nourishing the Spleen and Kidney as well as providing heat to the affected area using moxibustion therapy. Points would include ST 36, SP 6 or Bl 23 and GV 4. Dampness is resolved by adding St 40 or SP 9. Most of the literature states that ten treatments constitute one course of treatment, after which time the acupuncturist would reassess and continue with treatments if the condition was improving sufficiently to warrant additional courses of treatment.

When addressing Osteoarthritis, it is important to consider the diet. From a Traditional Chinese Medical perspective, we know that dampness lodges in the joints, and so it is advised that a person with joint pain avoid those foods that produce dampness such as dairy products. TCM has quite a lengthy discussion of the Spleen with regards to its role in the processing of food. 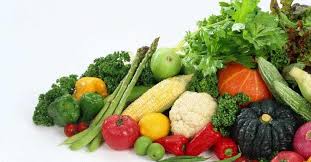 In the case of arthritis, it is recommended that a person has a warm diet which helps to benefits the Spleen as the Spleen functions optimally when the diet is warm and dry. Foods such as soups, cooked cereals, steamed vegetables and small quantities of meat, chicken or fish are suggested. Foods to avoid would include all dairy products and greasy food.

The best study is Double-Blind Method –” A method of studying a drug or procedure in which both the subjects and investigators are kept unaware of who is actually getting which specific treatment.” Within the field of acupuncture, it is common to have two subjects, those who receive the acupuncture and those who receive a sham treatment.

The review below is a Randomized Controlled Trial – “Clinical trials that involve at least one test treatment and one control treatment, concurrent enrollment and follow-up of the test and control-treated groups, and in which the treatments to be administered are selected by a random process, such as the use of a random-numbers table.”

Traditional Chinese Medicine was founded on Empirical Research – “The study, based on direct observation, use of statistical records, interviews, or experimental methods, of actual practices or the actual impact of practices or policies”. Within TCM, treatments using Empirical Research were tested repeatedly over thousands of years. Having produced the same results, these treatment methods then became standardized.

There are also Case Reports and Series “A report on a series of patients with an outcome of interest. No control group is involved.” In TCM, these are often one study that was performed on one patient. It is only through testing multiple times and seeing same results that this can then be considered valid.

RANDOMIZED CONTROL STUDY: OSTEOARTHRITIS OF THE KNEE
The following is the result of a review of randomized control studies.

Osteoarthritis of the knee is a major cause of disability among adults. Treatment is focused on symptom management, with nonpharmacologic therapies being the preferred first line of treatment. Acupuncture is considered a potentially useful treatment for osteoarthritis. The objective of this article is to review the English-language articles, indexed in MEDLINE or CINAHL, describing randomized, controlled trials of the effects of needle or electroacupuncture on knee osteoarthritis. Ten trials representing 1456 participants met the inclusion criteria and were analyzed. These studies provide evidence that acupuncture is an effective treatment for pain and physical dysfunction associated with osteoarthritis of the knee. Click here to read more!

CASE STUDY
One of the first patients that came into my office for acupuncture was a man in his 60’s. His pain was in the low back and radiated down one leg. The pain was so severe that he was unable to sit, stand or lie down for more than five minutes at a time. He was a painter and because he was unable to do his artwork he was depressed. He was also on a heavy dose of morphine which he said only “distanced” him from the pain. 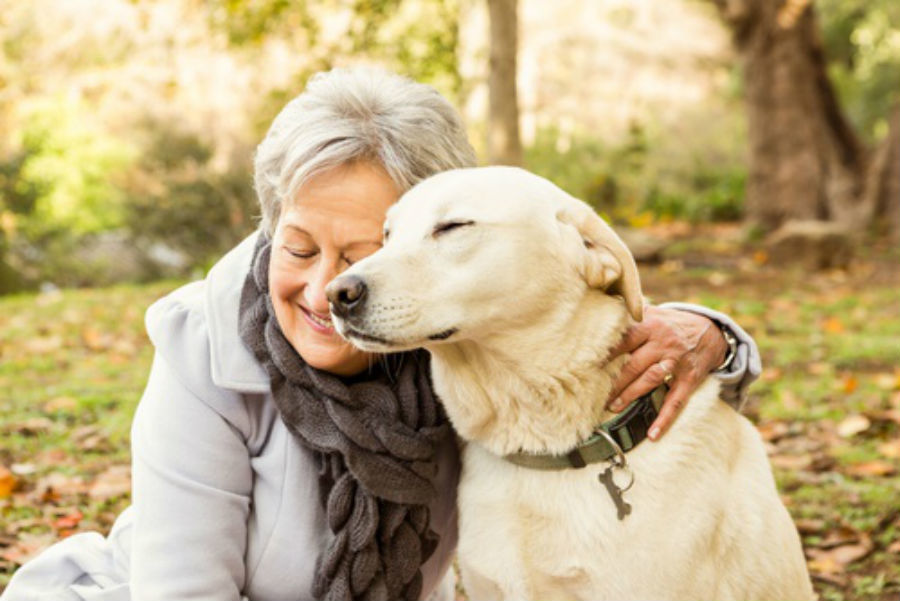 I was unsure if acupuncture could help his condition, because it was so severe. But I said, “let’s try.” He was unable to travel over the passes in the winter and so I saw him until the snow started falling. The next summer I asked how his condition was over the winter. That first winter was quite difficult and so we resumed treatments. By the second spring, summer and fall he started to show remarkable improvement and he started painting again. Again, he had to wait until the end of winter to continue his treatments. By the third summer, he had improved so much that he got a small dog and started walking in the forest. This activity never aggravated his back!

MY PERSONAL STORY
I was diagnosed with osteoarthritis when I was in my late 40’s. The news of this was quite shocking, but considering that I had practiced ballet for many years, this made sense given the strain that ballet puts on the body. The condition started with pain in my low back, which included bouts of sciatica. Sciatica is pain which radiates down the back, side, or front of the leg. Occasionally, sciatica pain may skip and area of the leg and appear in the knee, lower leg and/or ankle. 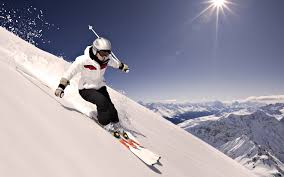 What I have found successful is to continue with light weight training and cardiovascular exercises. I am able to hike and ski without aggravating the back. As well, I follow a strict allergy-free diet. I make sure to do the Elisa blood allergy test every 3 – 4 years as I have noticed that my allergies change over time. My biggest allergy to avoid is dairy. Eliminating dairy has shown significant results in reducing and eliminating the pain. If my back has flared, I will do distal acupuncture treatments on my arm or leg.

PREVENTION OPTIONS FOR ARTHRITIS
According to Naturopathic Physician, Dr. Jeffrey J Hunt, “Prevention of any disease starts with diet, exercise and stress management. Even babies can be tested for food allergies. 70% of the immune system resides in the small intestine. A large amount of the nervous system is found in the gastrointestinal tract and therefore this is referred to as the second brain.”

Current studies are looking at the bacteria that live in our intestines as being a factor in rheumatoid arthritis. These studies have found intriguing links between gut microbes, rheumatoid arthritis, and other diseases in which the body’s immune system goes awry and attacks its own tissue.

A study published in 2013 by Jose Scher, a rheumatologist at New York University, found that people with rheumatoid arthritis were much more likely to have a bug called Prevotella copri in their intestines than people that did not have the disease. In another study published in October, Scher found that patients with psoriatic arthritis, another kind of autoimmune joint disease, had significantly lower levels of other types of intestinal bacteria. Click here to read more!

According to the Arthritis Foundation, “when you have arthritis, your body is in an inflammatory state. What you eat may not only increase inflammation, it can also set you up for other chronic conditions such as obesity, heart disease and diabetes. Here are 8 food ingredients that may trigger more inflammation in your body: sugar, saturated fats, trans fats, omega 6 fatty acids, refined carbohydrates, mono-sodium glutamate (MSG), gluten and casein.” Click here to read more!

PREVENTION AND TRADITIONAL CHINESE MEDICINE.
Is it possible to use TCM as a prevention for osteoarthritis? Management of proper lifestyle including diet, exercise and stress management is key. A qualified acupuncturist will be able to guide a person who might have a family history of osteoarthritis. Acupuncture treatments would be aimed at supporting the digestive system so that the foods taken in are digested easily. In my clinic, I often recommend the Elisa Blood Allergy food test. By removal of any allergens the digestion functions at optimum. For stress management, I recommend meditation. Click here for a wonderful meditation site. I also suggest gentle exercises which build and stabilize the core of the body. Click here to access a series of online exercise programs. 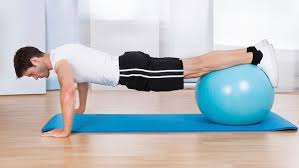